They come in a multitude of shapes and forms: tools, techniques, elaborate sets of rules such as Holocracy, "fifty powerful coaching questions," nonviolent communication, etc. - often paired with trademark protection that allows for hefty royalties to be collected for their use.

Makes the inventors potentially rich, but organizations not necessarily any better. Because for the latter, the center, i.e. the basic attitude, is many orders of magnitude more important than what is organized on the periphery. Tools, techniques and rules attack the periphery: They tell what I have to do, say, formulate, organize, etc., and how.

Clearly, from a systemic perspective, one can assume that the inner attitude and thus the center shapes the actions at the observable periphery and vice versa. If I influence the one, systemically the other must also be influenced. Ergo, if I force myself to use a technique, my attitude would have to change as well. Historically, it has been reported that, for example, prisoners of war who were forced to write pro-communist texts actually began to embrace communism.

However, this method is likely to fail in a business context, because before the employees' attitudes have moved, they have probably already quit...the POW thing doesn't go down well, and not just with Generation Y.

The interaction piece definitely works, and exercise structures on the periphery can be extremely helpful, but not just like that. By claiming that feedback happens automatically, you're making it too easy. It needs the clear and conscious willingness to let oneself be touched inwardly by a technique. Otherwise, the whole thing becomes a busy gymnastic performance, a little trick that is at best presented in a virtuoso manner, but which accomplishes absolutely nothing. The most likely thing is ironic remarks à la "look, he has attended a course"...even if not everyone likes to hear this: there are definitely people who meditate daily and are completely socially incompetent in everyday life.

On the level of organizations, the same applies to "new" forms of work that are used for the purpose of organizational development: if one does not carefully consider the psychological requirements and effects, it also becomes a gymnastic exercise, at the end of which there is an extraordinary agile crash, because everyone is confused and overwhelmed.

Unfortunately, only the gymnastics part is usually described in the instructions for use of tools and techniques. But it always needs the addition "Practice the technique and observe yourself while doing it. Pay attention to what's going on inside you as you practice, and what changes for you in the process."

Technique certainly has the potential to make a developmental path accessible in the first place - it can't shortcut it, and it doesn't do the work for you. This remains something you have to do yourself and takes time. Then personality development and organizational development succeed.

There is a very good message in this for people and organizations that are on their way: if you are early, you will develop a head start that is hard to catch up with. On routes where you can't outrun others, those who start first win. So: let's move.

Stunts are one thing. The real spectacle happens quietly, deep inside. 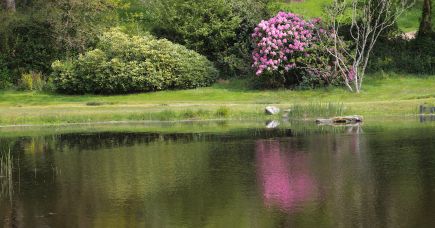