Unequal treatment is considered yuck. But cross my heart: when I google a term, I get different results than you; personalized medicine is the Klondyke of the pharmaceutical industry; advertising, training methods, nutrition, everything is tailored and personalized – and you want standards and the same for everyone? Seriously?

Special treatment and exceptions to the rule have their own unique charm. Did you know that Bach's fugues could only attain their immortal beauty because Bach broke the – actually very rigid – rules of the fugue at certain points? Only a little bit, but that makes the difference between a pitiful computer-generated fugue and one by the master. Let's be thankful for Johann Sebastian's grain of criminal energy.

What about top-level sports, so fondly used as a metaphor and coaching vehicle for managers? Crass inequality to produce top performance. Who gets to go to the World Cup and who stays home? Who gets their own coach? "Earned by performance!" One might shout against this. Sometimes yes. Sometimes just by a promise of performance, and once the momentum is going, it's given to whoever has. Everyone goes into quarantine at the Australian Open in Melbourne, but the stars, meanwhile, are allowed to train offside for two weeks. Fully accepted unequal treatment.

How good can a rule be? Pretty good, say the rule purists and argue: "So we do have one percent nonsense, but the rule is crystal clear, and we have our peace." (Which, by the way, is a fallacy, as anyone who has ever experienced the noise that one percent can make knows...). How about: " So we do have one percent exceptions, but no nonsense"? If I ask you what is fundamentally more important, rules or sense, then there can only be one answer – and if in the face of all the VUKA, you ever come across a question where the answer is clear you should grab it, shouldn't you?

By analogy to the agile motto "maximize value, not quantity of work," you could suggest "maximize meaning, not rule compliance."

I think most rules deserve an amendment that reads, "...and when it makes sense, we break that rule." Insurance companies paying a customer compensation to which he is not formally entitled simply because it is right in this uncommon case? An option that is too often clubbed down with the eternal argument "and then if everybody comes and wants exceptions? Then we'll have pure chaos!" What makes you so sure?

Yes, standards and rules can be good insurance against disadvantage or for ensuring minimum levels, and in this regard they have important functions, no one denies. But they can also be a hiding place that saves you from taking a stand or doing the reasonable thing. We don't want arbitrariness, but a bit of thinking will certainly be allowed, won't it?

Of course, it is necessary to weigh. With rules like "human dignity is inviolable" I would suggest not to add an exception clause, but with rules like "the target working time is inviolable" perhaps yes, you know what I mean. To distinguish wisely whether we are rather in the first or in the second category is the challenging task here. But hiding is not acceptable, just because it is demanding. 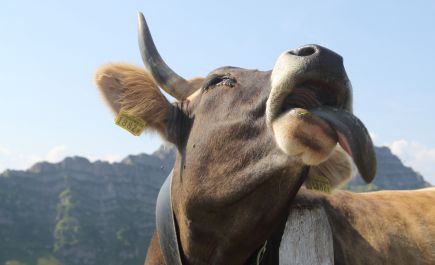