Love in Times of Craving

In the last years the Eurovision Song Contest rather seemed like a casting for the next Alien movie: HR Giger figures shouting with a hundred decibel death rattling against an armada of hardrock guitars gone completely out of control. One was tempted to give them points out of sheer intimidatedness.

But the times they are a-changing. This year’s winner song? A quiet, delicate, musically challenging love song, performed by Salvador Sobral, who made the impression that he could vanish into an etheriel breeze in any moment and be blown away, and who sang the song so gently as if it could break under his voice.

Yes, I think this is relevant, in fact. It’s useful to pay attention to weak signals, especially when you are enaged in entrepreneurial and strategic business. It becomes particularly interesting when there are similar weak signals in different fields, which is the case, in art, politics, and business:

Mindfulness is finding its way into the business world; for the time being often degraded to a tool or flavoured with a lot of exotic which of course guarantees that it will be separated neatly from everyday life...but you can sense an opening to the underlying substance to which mindfulness practice opens the door – and this substance has a lot to do with a benevolent approach to oneself, to others, and ultimately to absolutely everything.

The weariness toward the mode in which a lot of organisations still function is enormous, and leads to a dramatic percentage of resignatedly content employees and to a constantly rising burnout rate (therapists are hopelessly fully booked and reach a stage where they have to be cautious themselves...). There is a vast craving for sense, appreciation, and leadership characterised by integrity.

À propos integrity: two months ago, asking what one can afford to say or do, I mentioned Eric Olsen as an example. In the meantime the question has been settled as far as he is concerned: it seems that it actually is enough at some point. Not everyone in the board thought so, however the winning fraction was the one thinking long term – I find that’s good news. By the way: long term thinking should be a self-evident part of the basic set of requirements for members of a board, shouldn’t it?

We live in times of craving, and this craving is ultimately about qualities of the class of love, even if this word seems exotic in a business context. Sects and extremist groups have understood this a long time ago and abuse this craving for manipulation. It is a big mistake to leave this dimension to such groups. If economy and politics offered more to this craving, the boneheads would get much less attention. Macron in France or, for a short time I admit, the SPD party in Germany have shown how parties of the extreme right-wing collapse like a soufflé as soon as there is an alternative to the alternative.

So we need qualities of the class of love, and of course they all have a common source, which is the real big thing: love as a deeply human and spiritual shaping power that bridges even the biggest opposites. Don’t worry, I don’t vanish into an etheriel breeze. I just don’t see the what should be the problem naming this source. It can be a gold mine for companies, its employees, and society.

And step by step it finds its way to the big stage. Do you remember Emmanuel Macron’s victory speech? It ended with: „...et enfin, mes amis: je vous servirais avec amour.“ „And last, my friends: I will serve you with love.“

The potential is huge. My weak signal about it is there to read in detail (in German only, for the time being). Create your own. 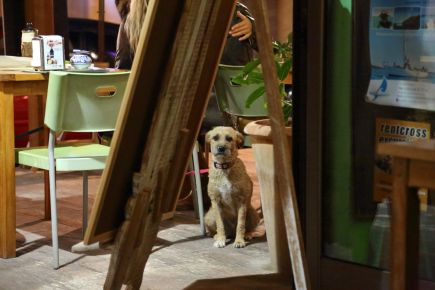